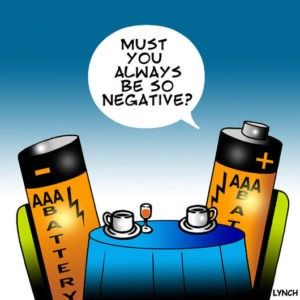 “Tell the negative committee that meets inside your head to sit down and shut up.” – Ann Bradford

Wouldn’t it be great if we could convey to all the negative folk around us exactly what the quote above says!

Of course, we know that life is not always about roses, happiness and cheerful people.

Dealing with negative people is part of being human

Face it – meeting and dealing with negative people comes with the territory of being human and this is irrespective of how careful, open-minded and middle-of-the-road suburbanite one would be. There is always someone out there trying to get you, tell you that you are wrong and will tell you that they don’t like anything you do. Funnily enough, despite everyone having their fair share, some people seem to get more than their ‘portion’. I see you nodding your head vigorously in agreement. You have been derailed by this ‘dumb’ set of people, whose only ambition is to be excruciatingly annoying and negative and suck up every ounce of energy that others may have.
I always wonder why we care so much about what others think of us. But yet we don’t think twice before commenting on something, especially when it is negative and you will find that there will be agreement all around. If you are not one, of the negative majority you will probably find your journey through life to be an extremely gruelling experience, an uphill task, a Herculean feat, an onerous…. Oh! Well you get the picture.

Some ways to trounce Negativity

 Take solace in the fact that such people are actually hiding behind this cloak of negativity only because they are desperately in need of help. Their neediness has enslaved them and they are fighting a self-trouncing battle that will ultimately get the better of them. Negative people actually need your help. This does not mean that you give in to their every whim or dominating action- just being respectful and caring often does the trick.

 Think that whatever the person is saying is their opinion, which they are entitled to. Say this to yourself continually and you will begin to live it and believe it and negativity won’t seem so tough after all.

 Try to control your wide-eyed enthusiasm and passion around such people. They are not easily distracted from their ‘negative path’ and may begin to see your cheerfulness as a challenge to them. You might as well stand as the target in a practice range! Just as you value your upbeat and optimistic nature, negative people have toiled hard to be the way they are – why should they change for you!

 Sure each of us has our own standards and principles by which we conduct ourselves. More often than not what you believe in is different and maybe even disappointing to you by virtue of being negative. I am not suggesting for a minute that you should not believe in the inherent universal good, but it is in your best interest to remain aware and stand your ground till the negative ones wear themselves down. This will make you more tolerant and probably have you whistling a happy tune most of the time.

If you don’t want to be kicked in your behind and be sore for a long time, then expect to be misrepresented, overruled, incessantly derided and be subject to other such negative strong-holds. All you can do is, train yourself to become mentally strong and get yourself some rhinoceros skin. Easier said than eh! Not really – it takes time and practice though. Negativity would come at you and it is necessary to spade your way through it. You cannot walk around wearing ‘rosy coloured glasses’ – it is not possible or prudent to disregard negativity but it should not throw you off balance.

#1 – Negative people love critiquing and would often be abusive in the bargain. Filter out only the suggestions and pretend that you didn’t hear the @#%%&^*!(*!

#2 – From my experience, negative people specialize in conveying the choicest of insults. As I said, they are emotionally charged individuals who throw reason and caution to the wind. Insulting you is meant to be a personal attack and now that you know it, practice selective listening.

#3 – Negative people often purposefully ignore you. That is their way of keeping you at a distance since you are probably making them uncomfortable. Check your behaviour to see if you are doing something to irritate people, else be flattered that you are important enough and making a strong enough impact that someone is trying so hard.
Developing ‘thick skin’ just means that you are confident – not in the group that requires constant approval from outside to feel special. It also means that you are willing to go beyond the ordinary, beat the challenges and probably be an inspiration for someone.

Make your own miracle!

Get serious about your own future since negative people aren’t going to support you to fulfil your desires and dreams. Unless some miraculous power or unseen force makes them mend their ways, you can be certain that wherever you are in life you will cross paths with negativity and it would be in your best interest to deal with it with humour and lightheartedness. Believe in the power of a cheery disposition, smile more (make people wonder what you are up to!) and I will let you in on my secret – the power to trounce negativity lies in you – make the negative ones know this too! 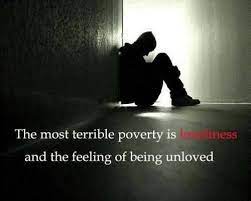 “But you can vanquish the demons only when you yourself are convinced of your own worth.”― Adeline Yen Mah

An aphorism within the haloed realms of psychology speaks to the fact that we feel pain continually irrespective of how much it may bother us and build unresolved issues in our psyche. Over time, these inconclusive build ups are from the feeling of being unloved – and reactions can be triggered by just a word or someone. Unfortunately, the feeling of being unloved has a wicked allure – one of the strongest enticements. This, despite the fact that feeling unloved causes deep pain and sometimes unmanageable distress.

“I am unloved” is usually an unintended feeling, however, the enticement and propinquity for this feeling, have a strange vice-like grip. And yes, allured by the feeling of being unloved does throw common sense out of the window – because why would someone want to feel pain, after all the crap that life throws at us anyway? Well, the truth is that our inner self, has the ‘habit’ of going against the protocols of common sense, and if we look within deeply, we will uncover many such ‘allures’ that completely fly in the face of common sense. Feeling unloved – just one of these startling ‘discoveries’.

I refer to this feeling as a wicked allure because it is easy to fall in love with being unloved – it is familiar and maybe even used as a defining trait. It gives us a sense of ‘comfort’ to the extent that we are unrecognizable to ourselves without it. I don’t mean that these feelings are always unfounded – there would be innumerable instances of rejection, cruelty, snubbing, ridicule, and more inflicted upon the psyche and heart, leading to the vice-like grip!

Despite what we want to believe, the rejection or unkindness from others, while being the trigger, is not the reason for the allure and internal burden. These unsettling feelings come from our internal conflicts that remain ambiguous and unresolved. The vacillation between loving oneself and feeling completely unlovable in the next minute is that tough place where we feel trapped within. This cobweb of complexity – self-loathing, self-criticism – is usually and primarily unconscious, and has a devious allure.

This execrable allure has to be negated and broken away from – to sustain overall well-being. It might be acceptable to dig deep to make improvements in oneself, however, allowing the inner disparager to overwhelm us, can over time prove harsh and ruthless. Rather than allowing this to crush our very soul, looking deep into the reason for our emotional conflicts, could help us to love ourselves first. We can absolve ours self of unnecessary misery through insight and #emotionalintelligence. Taking steps to claw our way out of the pit of misery of feeling unloved is possibly one of the biggest ‘favors’ we can afford to our self. The allure towards being unloved – betrayal, rejection, feeling abandoned – are emotional but unfortunate attachments. It is akin to a bloodsucking parasite that refuses to leave, unless we shake it off.