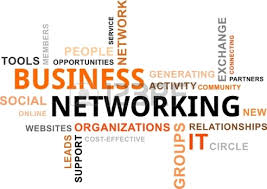 “Networking means the act of exchanging information with people who can help you professionally.” – Michael Jennae

Networking is not just a skill – it is an urgent requirement for both individuals and companies. The rise of social media then, is not surprising since the very basis of these sites is networking. Smart business networking allows companies to attract more customers and receive great testimonials from existing customers, thereby increasing profitability and market reputation. The only reason that we see a surge of new companies and the success of many of them, it is due to their business networking skills. In fact, even large and well established companies cannot hope to survive without consistently applying the art of business networking – there is too much competition to let your guard down! It would be useful to understand some of the reasons why business networking has become even more crucial than before and is not going to be less important any time soon.

1. In my experience, business networking is most crucial to remain an influential part of the market and company groups and industries. People are able to generate leads for themselves and even their associates using the art of networking. There is a huge potential of gaining more business and leveraging your business’ strengths by these interactive activities.

2. Business networking is a form of communication. When businesses ‘communicate’ with each in this manner, there is a world of opportunities that opens up and this is how new ventures, joint endeavours, fruitful partnerships, gaining of assets and whole other set of lucrative deals come about. While it is true, that no one can be successful by operating alone or remaining in a silo, it is also equally correct to say that it is not prudent to grab every opportunity that comes about. Business networking brings on market intelligence too and makes people choose wisely and profitably.

3. No one who is anyone today became so by working alone. It is the power of business networking that has made so many people and businesses more successful than they would have hoped or expected. Networking with relevant people and opportunities can make even individual entrepreneurs and business owners relevant and capable of leaving their mark. Business networking paves the way to getting ‘influential’ people in one’s network which in turn opens up more possibilities and opportunities, as these influencers attract others towards them. Be smart and sharpen your communication skills to succeed in the arena of business networking.

4. No one person can have all the good ideas. Business networking opens up the realm of communication and ideas exchange as like-minded people talk and speak of things that are of common interest. It is a huge learning opportunity and must be leveraged to gain optimum advantage for oneself and the company. As you garner advice and help from industry experts, it is not long before you are seen as a subject matter expert and soon people are attracted to you for advice.

5. Business Networking raises both an individual’s and a company profile and influence. As more people become part of your network, you get noticed, are spoken about and also get invited to high profile events and functions. These events in turn raise the number of leads you can get and also attracts more people to be part of your network. Great business networking then, works almost like a huge magnet!

On the personal front, I know business networking has boosted my confidence and made me a better listener and learner. I can now engage in smarter conversations, beyond business, and have been able to make some strong and lasting business connections even with people who are completely unlike me. It may seem daunting at first, but through consistency the new connections you build and the proficient relationships you foster will only serve to strengthen your business and you as a person.