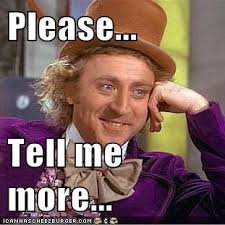 Have you ever been that person or been with a person, who kind of just asks “How are you”, without any real intention of actually wanting to know more?

Would you change your mindset if you knew that words actually should mean something and choosing better words could change the way people comprehend you and form opinions about you?

“How are you” is way better than the unbearable “what’s up” or “How you doing” – how am I doing what? I mean seriously – if you were really interested and wanted to know the truth about another, you would make the time for it. Social convention might demand that we ask these questions, but the truth is that certain phrases say and mean very different things and in fact they reflect avoidance of actual interest.

The world today is rife with problems of myriad types. Insecurity, the unhealthy yet fervent desire to prove others wrong, a genuine lack of interest in others, and narrow selfishness – seem pervasive. When was the last time we asked someone “how are you” and really meant it – as in actually wanting them to tell us what is actually wrong? Most often the question ‘how are you’ is aimed at making people feel better about themselves – “I always ask another how they are”, kind of scenario!

This article isn’t being penned down to get people to agree, because most won’t since it hurts to think that they may be wrong. Most of the time we don’t ask another person “How are you?” because we want to hear the truth, but instead we want to hear “am good and hope the same for you”, such that we can then move on to spilling out what we actually want to talk about.

Anyone with high emotional intelligence would always follow up the initial “how are you”, with a question that might elicit an honest and I dare say protracted response. Without such ‘intelligence’ most of the time ‘how are you’ comes from self-centeredness – the need to fulfill social convention without being genuinely interested or patient to hear the honest answer. There is so much that we can solve and make better by genuine listening, understanding, care, and substantiation of another’s point of view and or mindset.

Today, with the pandemic and intense economic recession, a genuine ‘how are you’ is rarer. The presumption that the answer to this question could either make a conversation dull and somber with the truth, or elicit answers that would clearly be a lie, beg the question “what should we ask another?” “How are you” is best only when you are genuinely keen to know about the other person, and not if you are already dreading what the other person might say – the capacious truth that you really do not want to hear.

A simple greeting such as good morning or hope things are well with you, would work better – these greetings are positive, not selfish nor are they overly intrusive or beg a response. If you are not interested in knowing more, it is best to avoid ersatz conversation beginners such as “am sure your weekend was good” – do you really know this about someone?

This is not meant to be a critical piece but a reminder that while you must be kind to yourself, remember that others might be fighting uphill battles or might not be in the mood for falsities. Remain genuine, be truly interested and actually care if you want to ask “How are you?”